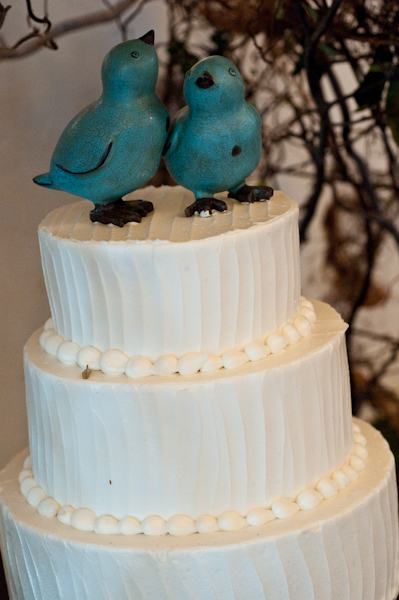 For more photos from the interview, visit http://staceyviera.zenfolio.com/sugachefinterview

Sometimes “balance” means having a cupcake in each hand. Every food fits, right? OK, perhaps I’m exaggerating, but my eyes lit up when Padua Player, the virtuoso of sweet treats also known as the SugaChef, handed me three of them.

As I waited and watched while he set up the desserts he baked for a Sunday evening wedding reception, I opened the little dessert box, extracted a treat, and delicately peeled away the baking cup surrounding the cupcake. At that moment, I believe I ate the perfect cupcake – and it wasn’t even chocolate.

But more on that in a minute.

I met the SugaChef to learn more about his participation in the 7th Annual Distinguished Men Cookin’ with the Deltas Community Fundraiser on Saturday, November 6 from 3-6 p.m.  The event is sponsored by the Washington, D.C., Alumnae Foundation, Delta Sigma Theta at Howard University and benefits scholarships and academic programs for District youth.

Tickets are $40 per person and tax deductible. Attendees will have the chance to meet the volunteer chefs offering their homegrown culinary skills through more than 70 different appetizers, entrees and desserts. There will be door prizes, a culinary competition and more.

Chef Padua won the title of Best Professional Chef at last year’s competition, and he’s getting ready to impress at this year’s event. Mysteriously, he noted, “I’m bringing the bling this year.” Exactly how he’ll showcase glitz among his delicious pastries…I didn’t get the details, but he’ll do his best to hang on to his “Best Chef” title this year.

He has a win locked in if he brings the cupcakes I sampled. It was a moist red velvet cupcake with cream cheese frosting and sprinkled on top with large grains of sugar. The frosting tasted tart, as cream cheese should, and that quality was balanced well with sweet notes.  Perhaps the perfect cupcake. After all, if a cupcake isn’t moist, why eat it?

So I asked the SugaChef to answer this question: The secret to moist cake is ____? “Technique,” he replied. “If you don’t have the proper handling technique, they won’t turn out right. And never overbake ‘em.”

Like so many chefs I meet, their passion for cooking began at a young age, and usually at home. “I started baking with my Mom,” he said. He went on to explain that Mom taught him to “always do a light finger touch.” That’s how one can check the doneness of baked goods. With mock incredulity, I asked, “What? You don’t own a metal cake tester?” [Insert eye rolling and shared laughter here.]  “All the old school techniques really work.”

Speaking of old school, Player got his start in the restaurant business at Bob Kinkead’s first restaurant, Twenty-One Federal, on L Street in Northwest Washington. “I needed a job after school,” Chef Padua explained, as he was once a student at Spingarn High on Benning Road.  It was at Twenty-One Federal that Player me this pastry mentor, Susan McCreight Lindeborg.

“I went from dishwasher to prep cook to making things at home and bringing them to the pastry chef,” he said. “I got tips from [Lindeborg]. The best lesson she taught me was to become comfortable with the recipe and then change it.”

And I could get real comfortable enjoying the SugaChef’s recipes. He noted that customers often request “nostalgic” desserts. “The desserts that grandma used to make…Italian-inspired, European desserts.”

But he keeps up with the trends, too. Savory/sweet combinations – bacon and chocolate anyone? – continue to be a big trend. He’s always experimenting and enjoys working with balsamic [vinegar] and strawberry.  Avocado and sweet potato ice creams are the most unique flavors he’s worked with, and he’s even gotten requests for frozen treats made with hot peppers.

When I asked if he’s made jalapeño ice cream, I received a smile, raised eyebrows and a “I’m not quite there yet.”

To be fair, I asked him the reverse of what I typically ask chefs who make savory dishes: “Do you cook, too?” To which he replied: “I have too many friends who are great chefs. I bring dessert.”  [Editor’s Note: Um, Chef Padua, did I mention I’m a really good cook? Just sayin’…]

“It’s a hustle,” Player said of the food business. “You always have to be able to sell yourself. I got serious about this business 10 years ago, and depending on the demands of my 9-to-5 job, I have to drop it and then pick it up again.  I’m involved in the community, which is why I participate in Cookin’ with the Deltas. I also volunteer with Children of Mine in Anacostia, D.C. Central Kitchen, and I participated in [the Washington Humane Society’s] Sugar and Champagne two years ago.”

The dessert chef – who incidentally owns a German shepherd named Cupcake – summed up his sweet philosophy. “Always trying something new keeps me in the kitchen. I’m doing something I love to do. Baking is my joy, and I like to the spread the joy as much as I can.”